PHILADELPHIA (CBS) – Depending on who you talk to, DeSean Jackson’s punt return for a touchdown against the Giants on December 19th, 2010, is either the Miracle At The Meadowlands II or III.

Whether it’s the second or third Miracle At The Meadowlands, NFL fans think it’s the greatest play of all time.

The punt return, which gave the Eagles a miraculous come-from-behind victory, was voted the best play ever on NFL.COM, after winning “Bracketology.”

64 plays were pitted against each other in a “field of 64″ format, similar to the NCAA Tournament’s, and DeSean Jackson came out on top.

I’ll readily admit I had given up on the game, and was listening in my car rather than watching at home. I’ll never forget Merrill Reese saying “he’s running around,” and thinking “WHAT DO YOU MEAN?! DID HE SCORE?!”

It all sort of fell apart after that game for Vick and the Eagles, not just that season but in following seasons as well. But that won’t ever take away one of the most amazing moments in Eagles, and NFL history. 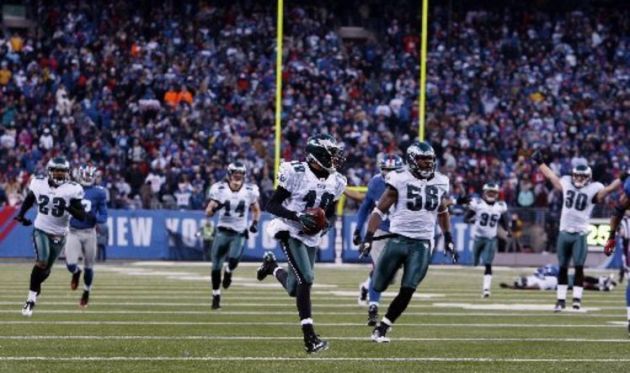