Aretha Franklin, whose gospel-rooted singing and bluesy yet expansive delivery earned her the title “the Queen of Soul,” has died, a family statement said Thursday. She was 76.

Franklin died at 9:50 a.m. at her home in Detroit, surrounded by family and friends, according to a statement on behalf of Franklin’s family from her longtime publicist Gwendolyn Quinn.
The “official cause of death was due to advanced pancreatic cancer of the neuroendocrine type, which was confirmed by Franklin’s oncologist, Dr. Philip Phillips of Karmanos Cancer Institute in Detroit,” the family statement said.  Tributes and tears flooded in Thursday after news of her death broke. 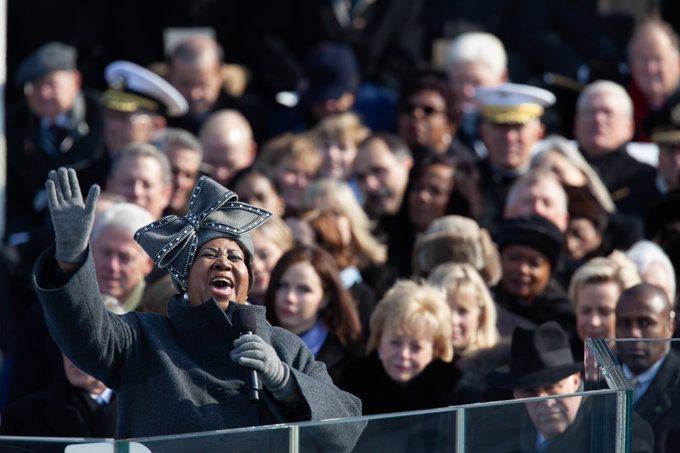 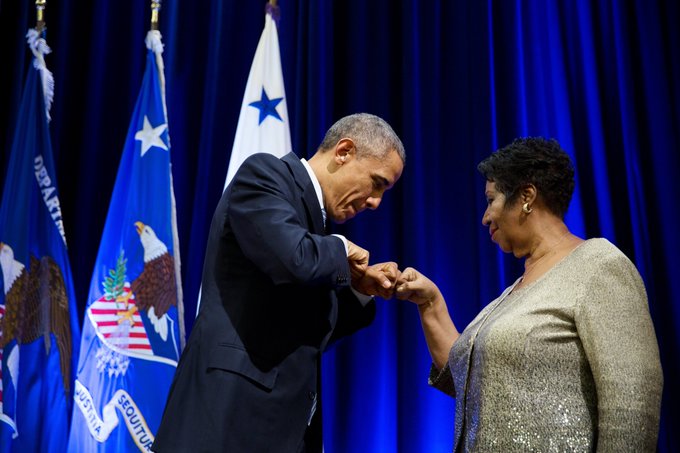 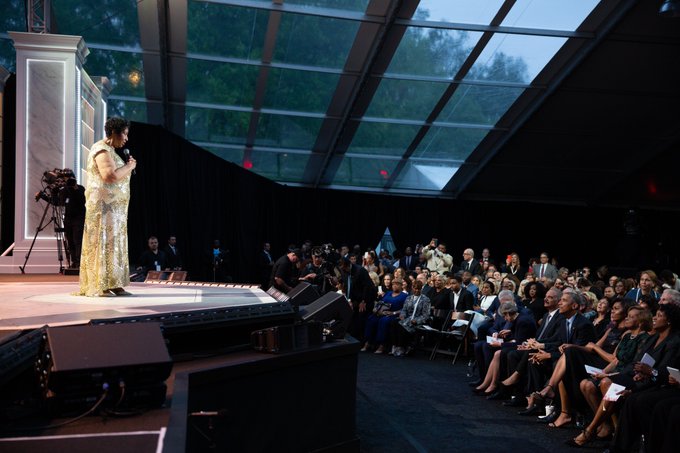 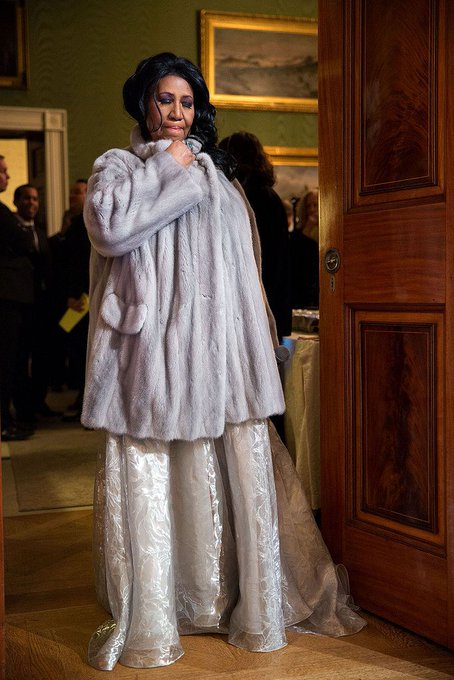 Aretha helped define the American experience. In her voice, we could feel our history, all of it and in every shade—our power and our pain, our darkness and our light, our quest for redemption and our hard-won respect. May the Queen of Soul rest in eternal peace. pic.twitter.com/bfASqKlLc5 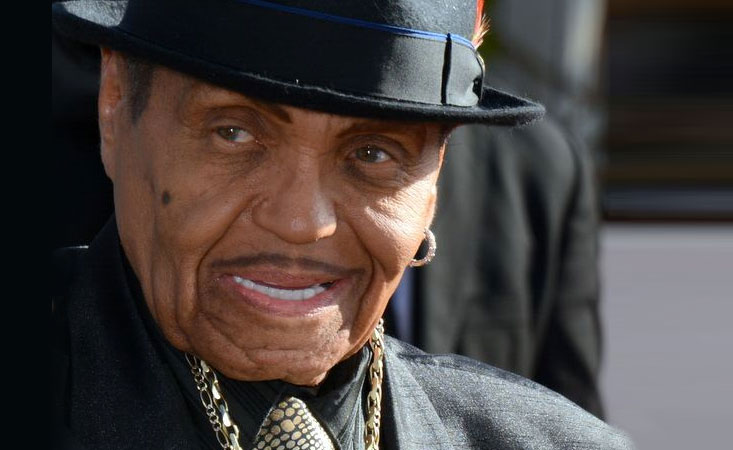 Joe Jackson, father and former manager of the Jackson music dynasty, died from pancreatic cancer Wednesday morning according to multiple news sources. He was 89. The family patriarch was born on July 26, 1928 in Fountain Hill, Ark., and led his sons to superstardom with The Jackson 5 in 1966. Jackson is survived by his wife Katherine and their children Maureen, Jackie, Tito, Jermaine, La Toya, Marlon, Randy and Janet.Jackson’s death comes two days after the ninth anniversary of the death of his son, Michael. Pancreatic cancer is the third leading cause of cancer-related death in the United States with a five-year survival rate of just 9 percent. Black Americans have the highest incidence rate of pancreatic cancer of all ethnic/racial groups in the United States, up to 67 percent higher than any other group. 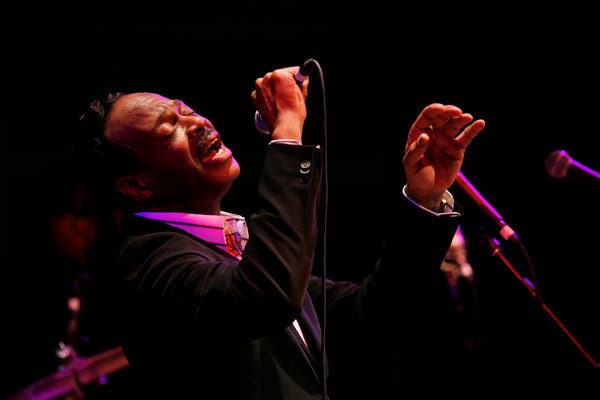 Edwin Hawkins, a Grammy Award-winning singer who merged gospel and secular sounds in a career highlighted by the accidental crossover hit “Oh Happy Day” in 1969, died on Monday in Pleasanton, Calif., east of San Francisco. He was 74. The cause was pancreatic cancer, said his publicist, Bill Carpenter. Mr. Hawkins was born on Aug. 19, 1943, in Oakland to Daniel and Mamie Hawkins. His father was a longshoreman who liked to play Hawaiian steel guitar. Edwin and his many siblings began singing at local churches as a family group. By age 7 Edwin had replaced his mother as their pianist.  He is survived by his siblings Feddie, Daniel, Carol and Lynette. Walter Hawkins, a Grammy Award-winning gospel singer, composer and pastor from Oakland, died from Pancreatic Cancer, on Sunday, July 11, 2010, at his home in Ripon, California. He was 61. Hawkins’ older brother Edwin, the family spokesperson issued a public statement as follows:

“Today, I lost my brother, my pastor, and my best friend,” said Edwin Hawkins. “Bishop Hawkins suffered bravely but now he will suffer no more and he will be greatly missed.”
Born in Oakland, Hawkins studied for his divinity degree at the University of California, Berkeley.  While at the university, he recorded his first album titled “Do Your Best” in 1972. The next year, Hawkins became a pastor and founded the Love Center Church in Oakland, where he also formed a choir. In the 1980s, Hawkins recorded a number of albums and earned nine Grammy Award nominations, according to friend and family representative, Bill Carpenter. His “The Lord’s Prayer” won a Grammy in 1980 and he also performed on the televised Grammy Awards ceremony that year. In 1990, Hawkins released “Love Alive III” which spent 34 weeks at the top on the Billboard gospel album sales chart, while going on to sell more than a million copies, according to Carpenter.
In 1993 his next album, “Love Alive IV,” also hit the top spot on the album sales chart. Between work on the two albums, Hawkins was ordained a bishop in October 1992.
At the time of his death, Hawkins was planning a new “Love Alive” CD concert recording for this fall. Hawkins is survived by his brother Edwin, four other siblings, two children, two grandchildren and a number of nieces and nephews.

Donna Douglas, who starred on The Beverly Hillbillies, died on New Year’s Day (01/01/2015)  at the age of 81. Douglas’s niece, Charlene Smith, told the Associated Press that Douglas passed away in Baton Rouge, from pancreatic cancer.  Douglas began her career by competing in beauty pageants, winning Miss Baton Rouge and Miss New Orleans before traveling to New York to pursue work in show business. She landed a starring role opposite Elvis Presley in the 1966 film Frankie and Johnny, and appeared as the woman in bandages in one of The Twilight Zone‘s most memorable episodes, “Eye of the Beholder.”  She eventually beat out 500 other actresses for the role of the bombshell tomboy Elly May Clampett on The Beverly Hillbillies, which ran on CBS from 1962 to 1971.  Following The Beverly Hillbillies, Douglas worked in real estate, recorded country and gospel music, and wrote a Biblical-themed children’s book. She was so dedicated to Christianity, she even signed her autographs with a quote from the Bible. Donna Douglas is survived by her son Danny P. Bourgeois.

Gene Upshaw, the NFL Hall of Famer, who served as the head of the NFL Players’ Association for nearly a quarter century and contributed as the architect of the NFL Free Agency, died from Pancreatic Cancer on August 20, 2008 three (3) days after being diagnosed.  Mr. Upshaw was 63.

Desean and his father were inseparable, often driving around together in Los Angeles in a faded red Datsun 260Z from practices to scrimmages to games. On Sundays, Desean and his father would sit back and relax on the couch watching NFL games together as early as age five, when Desean remembers beginning to dream of playing in the NFL. Today, Desean Jackson does not take his father for granted. He realizes that most of his peers grew up without one. In Desean’s words, his father meant everything to him, “To have that father relationship, there’s nothing like it . . . That’s your buddy.”

Unfortunately, Bill’s time on earth was cut short as he was stricken by pancreatic cancer and passed away several weeks later on May 14th, 2009. However, Bill was alive long enough to see his son catch a 62-yard touchdown in the NFC Championship game on January 18, 2009 against the Arizona Cardinals. After the game Bill was still able to call his son from his hospital bed and tell him, “You played a great game…you made me proud.”  A father’s love and investment has an incredible impact on a son.