Bill Jackson died from Pancreatic Cancer, in 2009, five months after being diagnosed; and, to advocate for the National Football League to give equal consideration to Pancreatic Cancer Awareness by proclaiming the month of November as a “Purple Out” to raise crucial funds for awareness, screening, direct client and caregiver services and research.

The research presented to National Football League by the AGS Middle School advocates thus far is as follows:

–George Halas, owner of the Chicago Bears, was afflicted with Pancreatic Cancer and died in 1983

AGS Middle School – Raising Pancreatic Cancer for DeSean Jackson. Swagged Out in Purple With a Purpose.

According to the American Cancer Society, Pancreatic Cancer is the number “4” cancer killer in the U.S, and the only one that does not have a known cure. The lack of early detection methods and research continues to slow progress towards a cure.  There is no known cure for this deadly disease and over 42,400 people – 116 + per day are diagnosed with pancreatic cancer each year.

In the last 5 years more than 210,000 people have been diagnosed with pancreatic cancer and over 92% of those individuals have passed away during the first year of their diagnosis. While only 5% of those living past the first year live to the fifth year and 3% of those will succumb to the disease sometime beyond that point.

Pancreatic Cancer is one of the few cancers for which survival has not improved substantially over the last 25 years. Those that make it past the first year have been known to live significantly longer today than those diagnosed before 2006.

2014 AGS Middle School – Purple Out – 100% Participation – “Purple With A Purpose” helping DeSean Jackson’s campaign to , “Speed Up the Cure“! for Pancreatic Cancer.

DeSean Jackson lovingly refers to the students at AGS Middle School and Fenton High as his “Swagg Team” and is extremely honored that he was chosen to be their Ambassador for the annual Purple Out Campaigns.

On behalf of DeSean Jackson, CEO, and Gayle Jackson, President,  of The DeSean Jackson Foundation, we extend our sincere thanks to Everyone who helped make it possible to secure consideration to be a ‘charity of choice’ for the, “Home for the Holidays Tail Gate Party”, on Sunday, November 16, 2014, in memory of DeSean’s father, William “Bill” Jackson, during National Pancreatic Awareness Month.

DeSean Jackson was unable to attend the event because he was preparing to for the Washington Redskins’ game with Tampa Bay, at Fed Ex Field scheduled for later that day.  Gayle Jackson represented the DeSean Jackson Foundation at the event; and, is known across the nation as being one of the most colorful, outspoken, fun-loving mothers in the NFL; an advocate for Pancreatic Cancer Awareness and oversees the personal and professional affairs of her NFL All Pro son.

Gayle had and awesome time raising awareness to Pancreatic Cancer and “Turning Up” the Tail Gate Party in #11 Mode before the game.  Washington Redskins’, die-hard fans were formally introduced to Our, “Ms. GeeJay“!  First and foremost, Gayle thanked the fans for support her son, DeSean, on and off the field and embracing the entire Jackson Family. – DeSean Jackson Foundation Staff 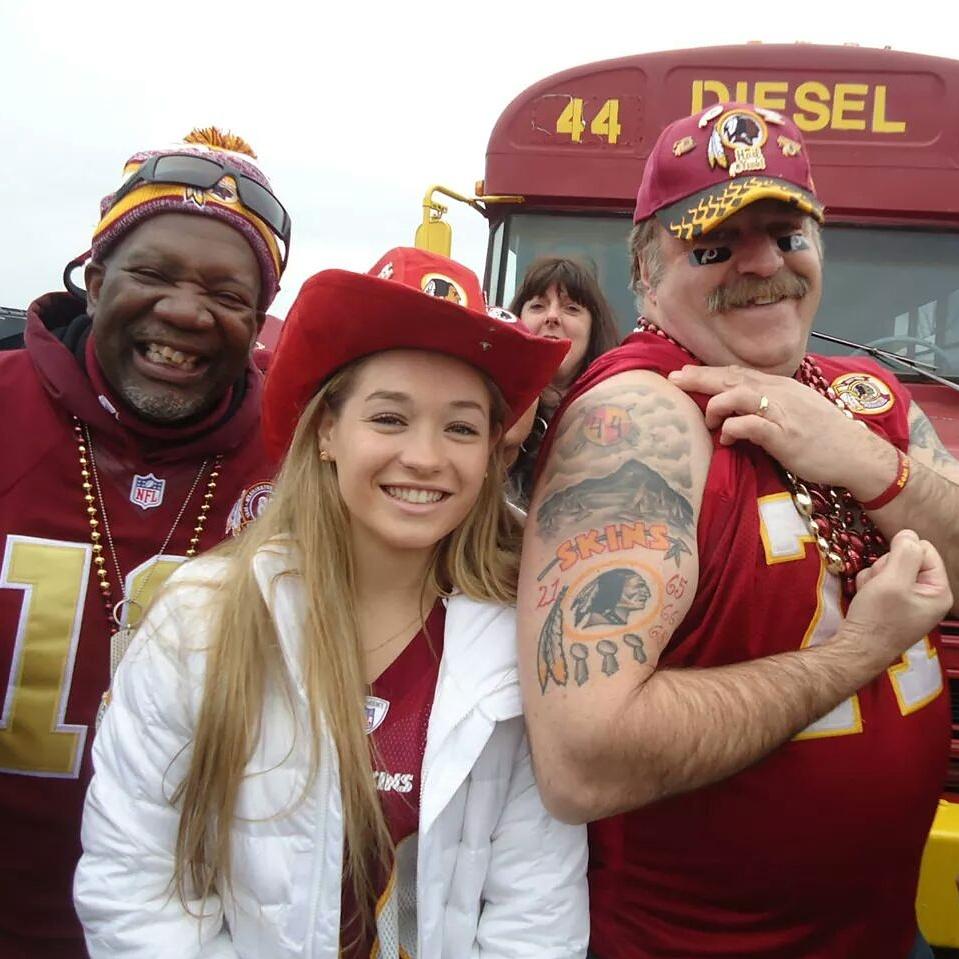 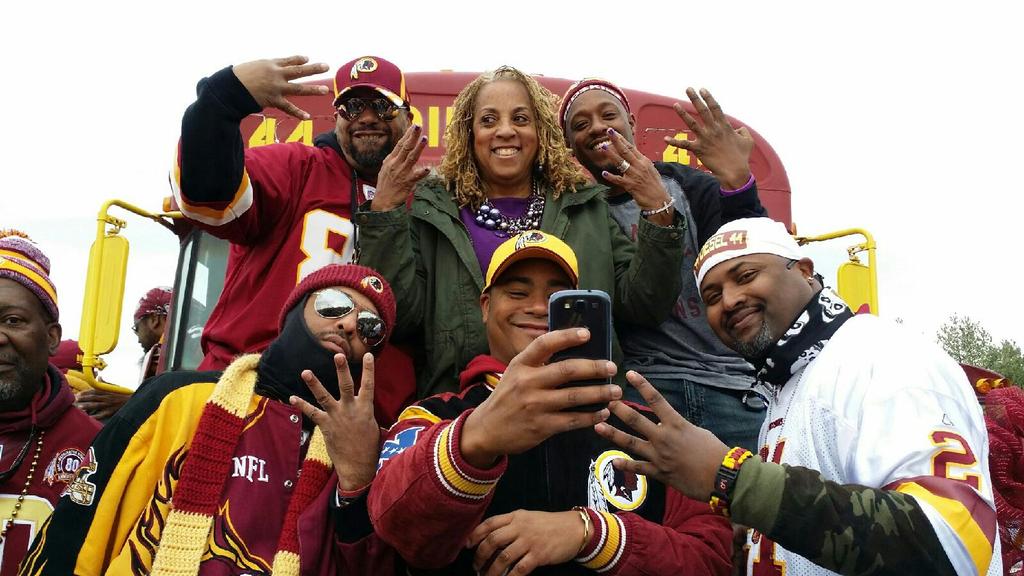 DeSean and Gayle Jackson at the 2014 Pro Bowl, Miami, FL

IF HE IS RESPECTFUL & KIND TO HIS MOTHER THEN HE HAS BEEN BROUGHT UP CAREFULLY AND LIKELY TO TREAT OTHER WOMEN SIMILARLY.

NOTHING BUT LOVE AND RESPECT FOR YOU MRS.  JACKSON!

Gayle and DeSean Jackson at the ESPY Awards

Gayle Jackson, President, The DeSean Jackson Foundation, and mother of NFL All Pro, Washington Redskins, wide receiver, DeSean Jackson, advised the sponsors of Sunday’s pre-game tail gate party at Fed Ex Field that her son will donate an autographed plague for an auction to raise funds for his foundation that was incorporated to raise awareness to Pancreatic Cancer in memory of his father, William “Bill” Jackson.  Mrs. Jackson also stated that a Washington Redskins’ Jersey, in DeSean’s infamous #11 Mode, has also been donated by her son for the auction.

Furthermore, Mrs, Jackson states that Sunday will be bittersweet for DeSean and her family because November is National Pancreatic Awareness Month; and Bill, will not be here to see DeSean exit the tunnels onto Field Ex Field; and, Desean will not have Bill make that end of the game call to critique the entire game; strategize for next week; and, end the call by saying I Love You, DeSean”.

The analogy between the theme for Sunday’s tail gate party ‘Home For the Holidays’ and the fact that the Washington Redskins, the City and our awesome fan base has embraced us is almost overwhelming”, states Mrs. Jackson.  We thank you from the bottom of our hearts and–We Are Home!

By:  The DeSean Jackson Foundation

On Thursday, November 13, 2014, organizations and individuals around the world will mark the first ever World Pancreatic Cancer Day.

Pancreatic Cancer has one of the lowest survical rates of any cancer, a little known fact and something that has barely changed in more than 40 years.  World Pancreatic Cancer Day will help to bring about a much needed change in awareness levels about this dreadful disease and the need for urgent change.

World Day–an exciting initiative–is being lead by an international group of patient organizations, including Pancreatic Cancer Action and The DeSean Jackson Foundation, who are committed to tacking the fight against Pancreatic Cancer by raising awareness of the disease and most important, the poor overall survival rates.

The launch of World Pancreatic Cancer Day is being marked with a number of exciting developments, including a dedicated website and social media campaign that links and engages Pancreatic Cancer organizations, individuals and advocates around the world.

In its first year, World Day is being sponsored by Celgene, a multi-national biopharmaceutical company committed to improving the lives of patients worldwide.

My son, DeSean, our foundation and fans around the world join you in memorable occasion.  We ask that you visit our foundation website, http://www.deseanjacksonfoundation.org, to learn more about our efforts and take DeSean’s 10/10/10 Challenge: 1) Take 10 Minutes to Learn About Pancreatic Cancer;  2) Tell 10 People About Pancreatic Cancer and how The DeSean Foundation is raising awareness and advocating; 3) Donate $10.00 to The DeSean Jackson Foundation.

AGS has tried for several years to reach the NFL to arrange a meeting with the students; and, challenged then, Philadelphia Eagle, DeSean Jackson to join in their advocacy campaign.  Jackson and his mother have assisted the students in raising their collective voices through DeSean’s status in the NFL.  Jackson states, “I did not promise them it could be done but instead committed both my Mom and myself to teach them how it should be done.”  AGS and The DeSean Jackson Foundation launched its first internal “Purple Out” in 2013 and is scheduled to partner with Fenton High School, Fenton, MI, on November 19, for their Second Annual Purple Out.

In Memory of William “Bill” Jackson, I wear purple today and unite with those across the globe to fight Pancreatic Cancer.

The DeSean Jackson Foundation – Executive Board of Directors

Today Marks the First Ever, World Pancreatic Cancer Day, Join Us As We Unite Across the Globe to Fight this Dreadful Disease. – The Jackson Family

In 2013, Desean was contacted by Joel Pugh, of the Smyth Farm Bureau, who was soliciting autographed sports memorabilia from the professional athlete to raise funds for the 4th Annual Mr. Strong Family Run/Walk.  After hearing the compelling story of young, Thomas Musser, DeSean extended an offer to provide an large autographed NFL photo of Jackson with a Certificate of Authenticity, permission to use Jackson’s name as a personal endorsement; and, committed his mother, Gayle Jackson, to drive media and community engagement to promote the event.

For DeSean Jackson, who is the CEO and Co-Founder, of the DeSean Jackson Foundation which focuses on Pancreatic Awareness in memory of his father, Bill, this was a ‘no brainer’ , “It doesn’t matter that this is November, National Pancreatic Cancer Awareness Month, and I should be focused on raising awareness to that disease in my dad’s memory, Pops would want me to do this because the death of one child for any reason is too many.  We have to be One Team for One Purpose”, Jackson said.

Gayle and DeSean Jackson have agreed to support this effort again this year and asks that DeSean’s 700,000 Twitter follwers and 200,000 Face Book fans provide their support also to this extremely worthy cause.

The Purple Out campaign was developed by AGS Middle School in 2013 to advocate for the National Football League to give equal consideration to Pancreatic Cancer Awareness as the league gives to campaigns for breast cancer, youth obesity, and most recently, domestic violence.

The students will continue to advocate for the NFL to allow the teams to wear purple during the month of November in to raise awareness to this dreadful disease for which there is no cure and receives less funding than other types of cancers.  DeSean and his mother, Gayle, are honored that the students in Fenton reached out to DeSean and are committed to helping them achieve their goal.