DeSean Jackson & His Mom Team Up to Fight Cancer

DeSean Jackson and his mother Gayle are hosting an event this Friday in Philadelphia to raise money to fight pancreatic cancer and remember someone they both loved – Bill Jackson.  Bill was both a loving father and husband whose life was cut short in 2009.  Gayle says,  “DeSean created Foundation 10 to increase awareness about pancreatic cancer and raise money to allow doctors and researchers to do what they need to do to find a cure.  We don’t want another person to lose a loved one to this disease.”

The Jackson family doesn’t want to see another family deal with the same challenges they faced so they are doing what they can to help and are asking others to join them in their mission.

This Friday’s event is being held at the Water Works Restaurant in Philadelphia, PA.   Tickets are $250 and include dinner, a magic show and a live auction of sports memorabilia.

The Pro Bowl wide receiver for the Philadelphia Eagles and his mother will be joined by some of his teammates at the Gala.  Television news anchor Renée Chenault-Fattah and radio personality Patty Jackson will be honored at the event.

Gayle says, “Fattah, like DeSean, lost her father to pancreatic cancer and is very active in raising awareness.  Jackson is a strong supporter of the foundation and frequently features them on her show to help spread the message.”

While they weren’t able to save Bill from the cancer Gayle says, “We were fortunate because DeSean was drafted and had the money to pay for Bill’s health care.”  She said not everyone has the benefit of seeing the right doctors and having money to pay for treatment.   Through Foundation 10, DeSean and Gayle are working to help other families.

DeSean is using his popularity on the field to spread awareness of pancreatic cancer and help raise funds to find a cure. “DeSean is unique because he has a voice and he can get the word out and people will listen.”  Gayle added, “When you say ‘DeSean’ it gets more attention than me trying to say something.” 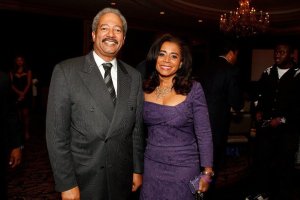 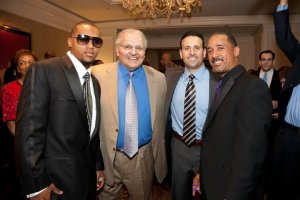 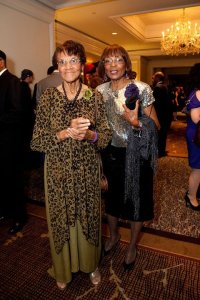